The sun was peeking over the horizon. It was starting to shine and spreading light over the darkness. I was attempting to open my eyes but I couldn’t open it long. All I know was that there is this beautiful sunrise – glimmering and shining. But my sleepy eyes couldn’t stand long. My instinct said that I should take out my camera phone and capture the beauty. That, I did. But all I got is a blurry image of the sun’s rays. Then, I was reminded that I was boarded in a moving bus going to a port. Now, I’m headed to an island. 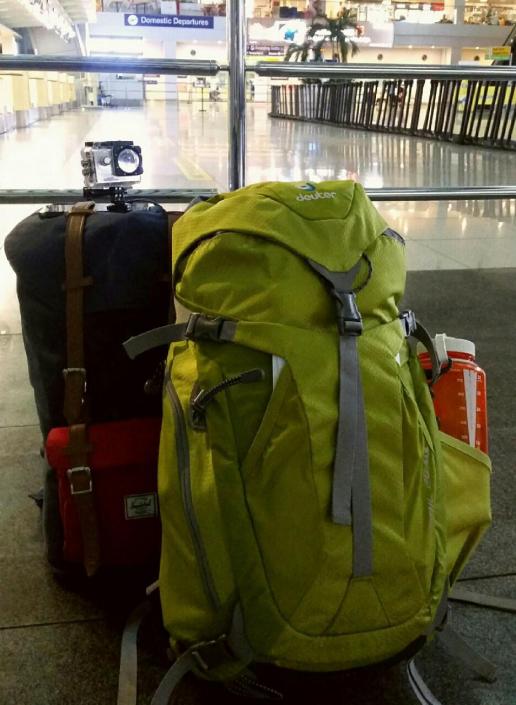 When I opened my eyes, the sun that was starting to peek earlier is now on its mature state. It was already hot. I took a look on the time and it was just 8 am. The bus then stopped, I wondered where I was.The passengers were slowly alighting from the bus. We grabbed our bags thinking that this might be the last stop. Just across, where the bus stopped, is a signage of ‘Hagnaya Port’. We were en route to Bantayan Island. And we’re on the right place.

We checked the schedule of the ferry. The next ferry to sail going to Sta. Fe port is 2 hours after that moment. This gave us time to mind our grumbling stomach. We were on the road since last night, our face looks oily and freshen up wasn’t part of our morning. All we cared was that we have to take our breakfast. There are a lot of eateries near the port. We chose one to get by at that morning. Hagnaya Port’s eatery can be pretty cheap but I do not guarantee that it can be appealing to your taste buds. Well, we were traveling on a tight budget and it was a serious tight budget. I just recently quit my job then, that means no stable income for me. Thus, it was a serious tight budget.

The ferry sailed at the time that was just expected. Though the sun was devotedly hot, the sea was relatively rough. There was an LPA at the north part of the country and the presence of the incoming storm, though not on the Visayas area, was felt while we were  in the middle of the sea. Most of the passenger’s head were stooped as if they’re sleeping or praying while we were enjoying the sight of the rough ocean – determining if the waves coming through were surf-able or not. At the near end of the ferry ride, I felt the aftermath of my craziness with the waves. I suddenly felt dizzy. Now I know, why most of the passengers head were bent down. I found myself, doing the same. Soon after, there were men who went up to the ferry, offering other passengers and the woman beside us to book at a specific hotel. Their conversation awakened me.They were speaking in their dialect. Maybe that tourist was just from Cebu City who’ll spend the holiday in Bantayan. I looked at the side of the ferry, I can see the port ahead of us. We have just arrived in Bantayan. 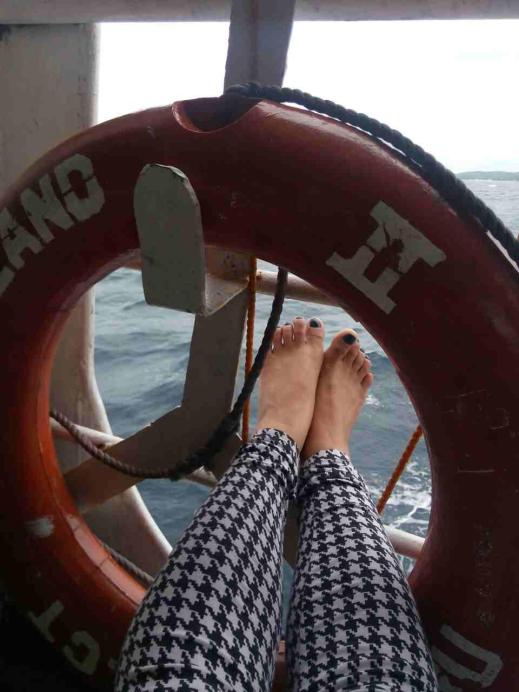 We reached Bantayan Island, wondering where are we going to spend the first night of our island life.