I won’t glamorize solo travel that much because for one, I already ditched the idea of it. It isn’t for everyone and it doesn’t even work for me at all times. But when my life suddenly turned upside down, I had to go back to traveling on my own. It is much of a discomfort this time, when I became used to traveling with someone. But there will be a handful of learning and knowing one’s self when we’re out there, walking it through on our own. After all, we grow from the discomfort that are thrown at us.

Let’s just say that for some time now, I got lost of who I am and I am slowly reclaiming myself by traveling solo once again, and here’s how:

Saying No when it doesn’t feel right.

When I arrived at an airport in one of  my solo travel destination, I had to travel from the airport to my hotel for an hour. I  came across a motorcycle driver who kept on insisting that there will be no more other mode of transportation going to my destination. After a series of discussion and bargaining,  I spotted a van  and asked where the van is going to and it’s going to where I will be staying. I chose the van, I said No to the motorcycle.

We will always be given an enormous choices in life – major and simple ones. It is better to say No if it doesn’t feel comfortable. And if I was able to say a simple No just like that, I would be able to say No to major decisions I will be served at.

We were told to not trust a stranger. I know it by heart and I always disobey it in my actions. Not trusting a stranger could be somehow true because I have to say that It could be dangerous out there. But not trusting a stranger wouldn’t let you survive when you’re traveling solo. If you’re on your own, you have to depend on the goodness of a stranger from time to time and it’s your  gut feeling that will tell you who to trust. Always follow that gut feeling.

From my 8-hour ferry ride from Romblon to Batangas, I met two amazing people. I could be a silent introvert and become a friendly individual. I could have that two personalities and pulling it off all at once. But that ferry ride made me a friendly one longing for conversation. I chatted with two people from that ferry. They were nice, funny and friendly. They invited me to  ride with them in their car from Batangas to Manila. If the other side of me will be given that offer, I would normally decline as we don’t know what danger could happen by just swinging by to a stranger’s car I just met hours ago. But then, my instinct said yes and it’s safe. So there, I said yes. I was safe and they even looked out for my safety as they dropped me off somewhere in Makati.  I formed a friendship from trusting a stranger and listening to my gut feeling. Newly found friendship can change one’s life. 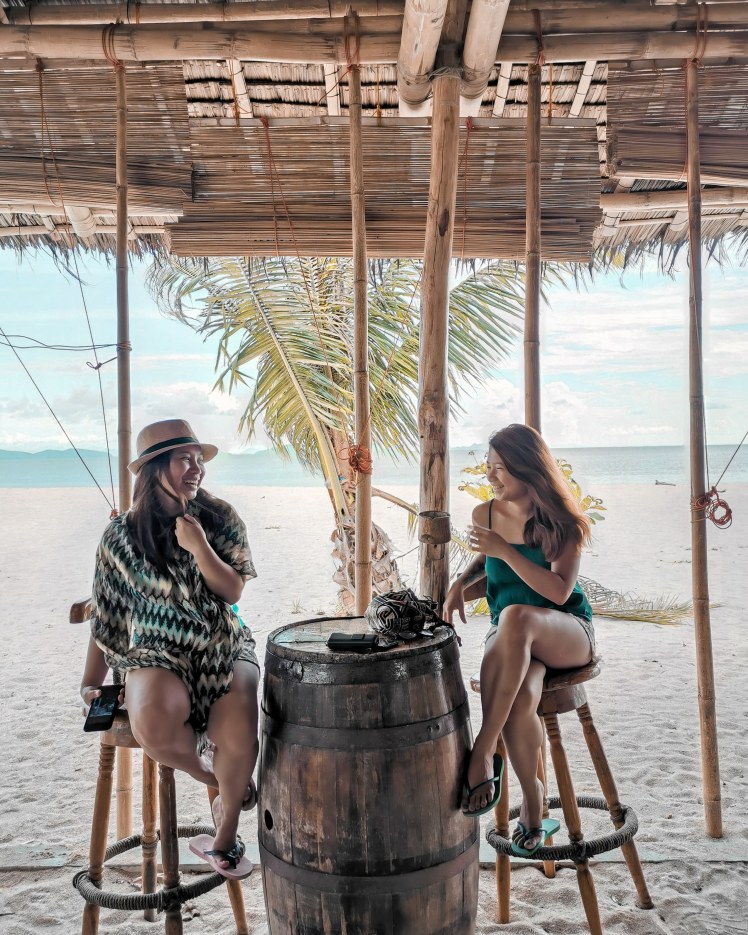 Solo travel could be lonely and it’s ok.

It will hit you. You’re alone. Although being alone isn’t  equivalent to loneliness, It will still hit you. You’ll be watching that sunset, thinking of how your own sun is starting to fade. You’re alone and there’s no one to share what you’re feeling. Solo travel could be lonely but it’s gonna be ok. It isn’t lonely at all times and It isn’t happy at all times either. The key is to understand the balance of emotions that we will feel. If it hits you on your solo travel, It will hit you on your everyday life. Just know that it will be ok.

Traveling solo is independence and bravery.

There’s no familiar people to depend with when you’re traveling on your own. You become independent. You can do whatever you want to do. You can go wherever you want to go. It’s brave. And bravery always go a long way. It could take you far in distance and in life. If I can make it through on my own when traveling, I can make it through everything and that’s how I reclaim myself.

2 thoughts on “Solo Travel and Reclaiming One’s Self”